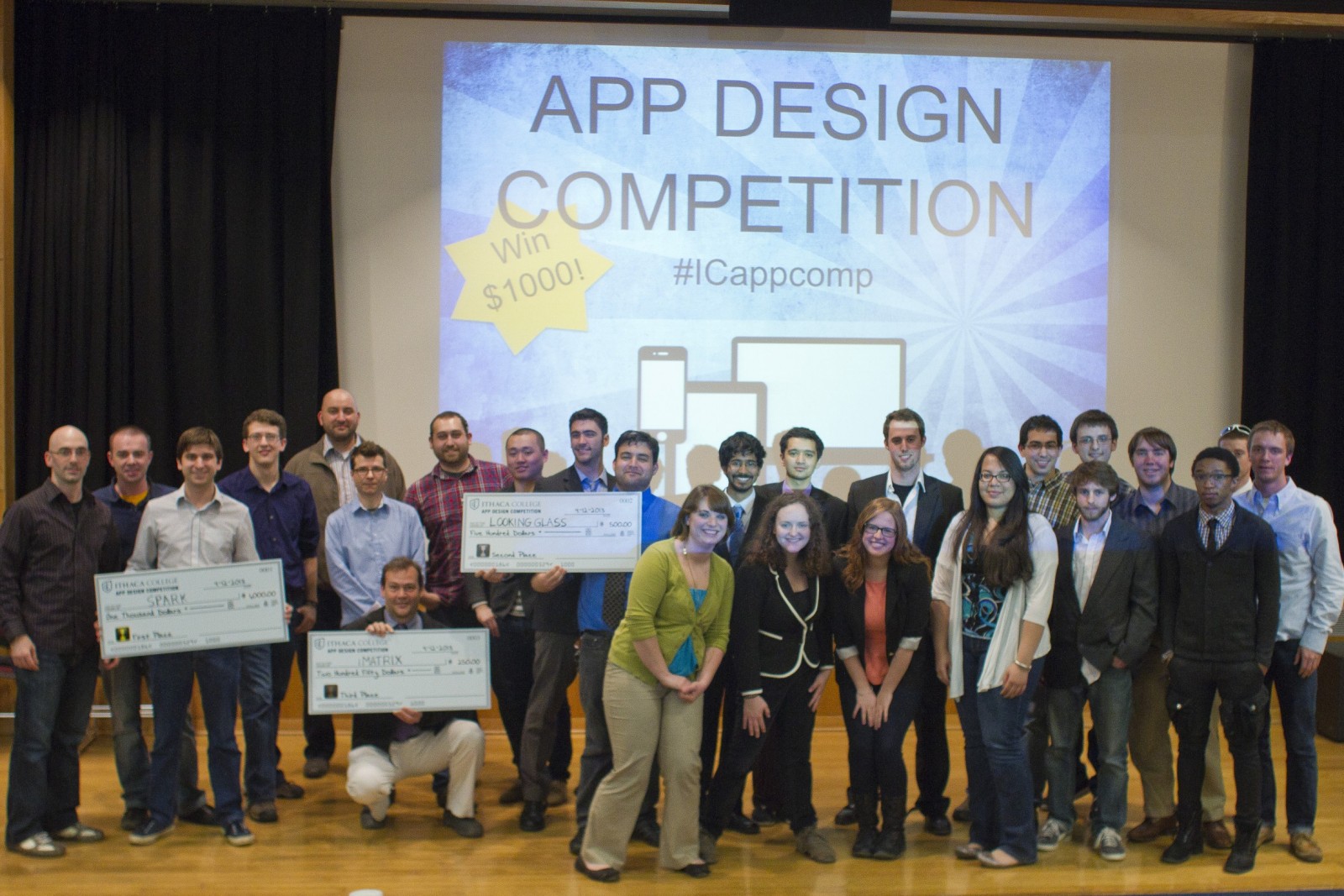 After my experiences on the Startup Bus, I really wanted to bring some part of that back to the classroom and create a similar experience for students. One of the things I am most proud of from my time at Ithaca College is starting the Student App Design Competition.

For four months I worked with a few colleagues to plan and organize Ithaca’s first student app design competition. It was loosely modeled after the Startup Bus competition in that students pitched ideas and formed interdisciplinary teams to build a working app over the course of 9 weeks.

In the end, 12 teams and 50+ students participated. $1000 in cash was awarded to the top three apps which were judged by professionals and faculty members.

Here is a short article about the event from the Ithacan student newspaper: Students to compete in developing apps

I teach digital media, advertising, and design at Syracuse University. I also compete in marathons, ultramarathons, and triathlons. Point me towards the next adventure.